"Beer is proof that God loves us and wants us to be happy." ~ Benjamin Franklin 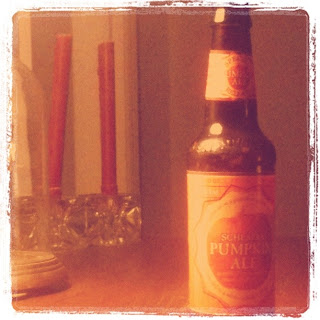 Not only that, but apparently, it has now been discovered to have real life health benefits! Can I get a woo-hoo for that? I'll come right out and admit that I have not always been a beer advocate. I was, in fact, so against beer that my friends were alarmed that I begin imbibing. Upon discovering that I 'didn't hate beer as much as I used to,' my college boyfriend remarked, "congratulations on becoming an American" or was it "congratulations on becoming a human"? I can't remember, and I'm not going to ask. But I digress. Back to my main point, which is actually twofold:
1. There are other beers besides Natty Light. This revelation shocked me also, and was a strong influencing factor in my decision to truly give beer 'the ol' college try.'
2. It's not bad for you! More than that, it can do you some good! Some of my personal favorite reasons to crack open a cold one:
- decrease risk for heart disease by increasing your good cholesterol (HDL)
- decrease you risk for cancer via the familiar and easy to pronounce compound xanthohumol
- preserve bone density. See ya, osteoporosis!
- reduce risk for dementia

Forbes Health: 8 Healthy Reasons to Drink Beer
Healthy Living on Shine: 5 Surprising Health Benefits of Beer
CBS News: Beer a Health Booster?
Hope you had a wonderful halloweekend and are enjoying a sugar-high-fueled start to your week!
Posted by Diana Amy at 12:11 PM 1 comment:

"I want to do creepy things allll weekend"

My former roommate in NYC said that in reference to our Halloween plans last year...one of the most unintentionally hilarious comments I've heard.

Well, Halloween is upon us again and I hope you are all busy this weekend being as creepy as possible. Some spooky cheer from around the interwebs: 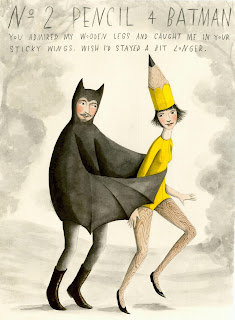 Fall's not just about pumpkins you know...apple tasting with Pedro from one of my favorite e-stores, Emerson Made
A non-lame Halloween-themed playlist

Really put that whole pumpkin to use! 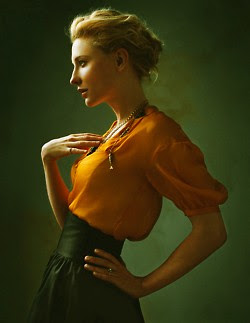 Hey, whatever it takes, Europe.

This video is a hilarious depiction of workout motivation....only in France.

What would you have the lights form as workout motivation?
Posted by Diana Amy at 9:12 AM No comments:

Deep in the heart of Texas

Although as a former student of Anthropology I understand the arbitrariness of national and regional boundaries and the use of these boundaries to control and classify our bodies and establish hegemonic relationships...I am still a very big St. Louis Cardinals fan and will defend my team against any other regional team. The Milwaukee Brewers, the Arizona Diamondbacks, it don't matter, I want to see the Cards win.


The Cardinals are currently facing the Texas Rangers in the World Series. Tonight is game five of a closely fought, 2-2 series. Speaking of regionalism, I also happen to love Texas. It's a feisty, proud state with beaches, deserts, big cities, great shopping, great music, and armadillos.

Something I have been struggling with over the past week - and particularly last night during game 4 - is that I really like the Rangers. Of course I want the Cardinals to win the entire series. But am I mad that the Rangers sneak in an occasional win? Shockingly, no.

My brother had the opportunity to attend several NLCS games, which is ironic because he, in fact, does not prescribe to the theory that one should be a fervent and loyal fan to any particular team. He holds that a spectator should value a well-played game and individual talents over holding to a team consisting of an ever-changing roster that just happens to be based out of the town you live in. Ordinarily I would chalk this view up to his overall salty demeanor, however, last night, I found myself thinking the very same things.

Watching Derek Holland dominate on the mound following an adorable pep talk from Rangers manager Ron Washington, I wanted him to win. I didn't want him to fall apart and allow 5 Cardinal runs in the bottom of the 9th. It was his night and there was no other way around it. I certainly didn't want to intercede. As much as I want to spray champagne {Andre, obviously} around the room after the Cardinals collect an 11th trophy, I enjoyed watching this talented young pitcher take down batters with ease.

Other Alarming Reasons I Don't Hate the Rangers As Much As I Want To:

1. Nolan Ryan is pretty much The Man

2. I'm bringing the Ron Washington dance out to all da clubs


3. For some inexplicable reason, I follow C.J. Wilson on twitter and he is actually a very talented photographer!

4. During regular season games, the sing "Deep in the Heart of Texas" at Rangers Ballpark

5. They are pretty good at baseball

Any other sports fans out there?!
And of course...have you done your #plankaday?
Posted by Diana Amy at 6:49 AM 2 comments:

I was perusing twitter on my phone the other night during an angst-ridden commercial watching session during the World Series (are you from the Dallas, Texas area? Just go away, please), desperately seeking insights from the various sports 'authorities' I follow and needing something to do with my twitchy little fingers.

FitFluential, not a sports authority but someone else I follow, asked who had done their "#plankaday." I coincidentally had done a plank that day so I raised my hand in the twitter world. I realized this must be some sort of "thing" I was unaware was going on in which people out there in the fit blogging interwebs were doing planks every day and I thought to myself, much like with the #fitabs challenge, oh, I can totally do that! I'm social media savvy and plank savvy all in one, watch me.

So I quietly did a plank here, a plank there, a few planks each day, no big. Yesterday after work I went for a long run and returned home contemplating stretching (ha! yea right) but reminded myself of the #plankaday challenge that may or may not be going on and got right to it. Then I saw a tweet from social media and FitFluential grand dame @KellyOlexa who had done not one but ten #plankadays. The gauntlet had been thrown. I was doing 60 second planks so completing 10 meant that I did 10 minutes of planking (hello, new verb) yesterday - that seems like a lot of minutes and only a little bit of minutes all at once.

My only real concern is, since I do not in fact know the rules of this #plankaday challenge or if, in fact, a 'challenge' in the classic sense of the word truly exists...how will I know when it ends? Will it ever end? Will I be doing ten minutes of planking a day for the rest of my life for fear of failing the #plankaday challenge? What will my grandchildren think?

Anyway, moral of the story here is: social media has kept me from obesity yet again. Thanks!

In other twitting (hello, new adjective) news, the evening I noticed the #plankaday trend, was that a top trending item? No. But #YouCanCheatIf was. Who are these people?! That is a conversation you have with your girlfriends on your 4th round of margaritas, not broadcast on the internet to complete strangers!

Be careful what you wish for...

For all of September and the majority of October, I was shaking my fist at the lingering 80+ degree weather in St. Louis and anxiously checking weather.com in the hopes that the 5-day forecast would show updates on stomping in boots, layering in cashmere, and snuggling in scarves.

Well I definitely got what I wished for. The first weekend of October, I headed out west to Manitou Springs, CO for the wedding of a dear friend. And it snowed. Really, Colorado?!


The following weekend, I headed to Chicago, a favorite city of mine that I hadn't visited since 2007. I had forgotten how accurate the moniker "The Windy City" is but was quickly reminded about two minutes following my arrival. Sweet succotash, it's like living inside of a tornado. I mustered up all of my strength and courage to go on a run along Lake Michigan and I am not exaggerating when I say that once or twice, I almost got swept up right into it!


While I am enamored with Chicago and all that it has to offer, I was actually looking forward to returning to sunny St. Louis. However, if any of you have been watching the World Series (and if you haven't, don't even bother telling me because we are done), you will have noticed that it is actually 40 degrees and raining here.
So now I get to wear my scarves...but am I really happy about it?
Posted by Diana Amy at 8:28 AM No comments:

I went to meet a friend for coffee {first pumpkin spice latte of the season!} this morning who, upon seeing me, said, "Wait...I came here to meet Diana...?"

It's mine and I own it

I love those songs that are so impassioned and yet so vague that anyone can relate to them. It's a great ploy on behalf of songwriters and producers to sell records, and while I can recognize it as such, I nonetheless fall right into the trap just like the rest of the suckers.

It's kind of like horoscopes - you can read between the lines of equivocal predictions to find the details of your life. I mean, if you wanted to. I never read horoscopes. Just like I never read gossip magazines.

Today, I am taking ownership of this particular song, which, if you're going to think too hard about it {don't} is probably about Chicago as that is where Lupe Fiasco is from. Fun fact: Mr. Fiasco came to my college my sophomore year, was unbelievably late in taking the stage in what I can really only describe as a cameo appearance, and a belligerent football player put my boyfriend in a headlock. Weird night.

This song has absolutely no musical merit. It may burn your ears. You will certainly be dumber afterwards. But I love it. I love Saint Louis. I was born and raiiiseddd here!


The Cards meet the Phillies tonight at 5:07 pm for the first game of the playoffs. GAME FACE.
Posted by Diana Amy at 7:54 AM No comments: