I discovered Luna Bars not longer after their inception (1999, in case you were wondering) as a junior high student in the early 2000's. Eating them made me feel like an athlete, although in real life I was that girl who was consistently picked last for kickball teams and still get a mild panic attack anytime someone suggests a pick-up game of football in the park. [side note: at a recent staff retreat day, I somehow blacked out and signed up to play softball and one of my teammates noted that I 'looked athletic,' causing me to laugh so hard that I struck out....three times]
Fast forward approximately a decade (eek!) later and I am continuing to fuel my "athletic" side with Luna bars - except this time, sort of for real.
One of my girlfriends from my American Cancer Society DetermiNation running team contacted me about joining an all-girls running club called Team Luna Chix. The premise is that, sponsored by Luna's Corporate Responsibility department, we run, we giggle, we gossip and we raise money for breast cancer research and awareness.

Really didn't need to twist my arm on that one.

The other bonus is that we get literally thousands of free mini-Luna Bars to munch on and share with other runners as a promotional tool for our running club. First of all, the mini bars are unbearably cute. Second of all, I live for free samples. Literally cannot get enough. I think I have a special radar in my brain that seeks out free samples high and low, and then devours them.


Anyway. The one con is that we do not get to pre-select the flavors of our free food. Hey, beggars can't be choosers. But turn that frown upside down, because some of the flavors (I'm talking to you, Lemon Zest) that previously made me feel like this: 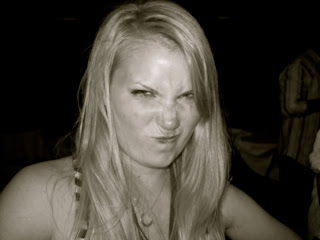 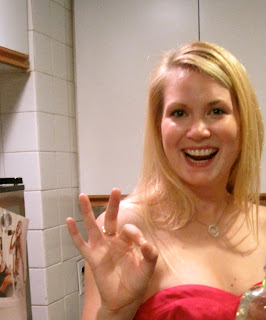 YAYYY broadening taste buds!
We run every Wednesday evening, so if you're in the NYC area and you're a chick and you like to run and also eat miniature snacks.....e-mail me! We are runners of all levels and typically split into two groups so that one group runs a long loop and one group runs a short loop. And we are so. much. fun.
If you are not in the NYC area, dry your tears as Luna's corporate responsibility arm has a long reach and there are Luna-sponsored running clubs nationwide. I'm told that the Orlando team is the model after which all other Luna teams aspire, but that won't last long now that we have a team here - nothing happens casually in New York City.
Posted by Diana Amy at 3:18 PM